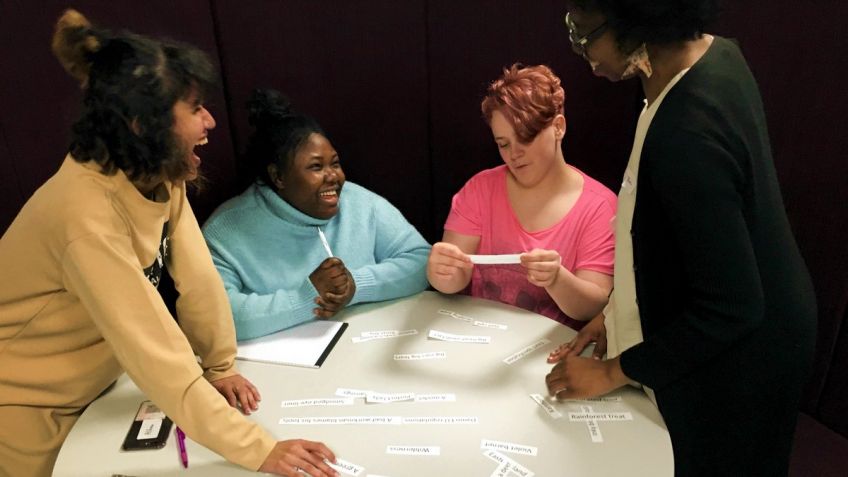 ‘Glittery Bums’ is the fourth and final release from the debut album, which sees young people team up with professional musicians to produce original music.

Ensemble is run by Wheatley Care, and is funded by the Scottish Government through Creative Scotland’s Youth Music Initiative.

It sees young people, many with experience of homelessness and mental health issues, write and record new songs about their lives.

The pop anthem is “an ode to the women of Glasgow” by ‘The Sistas’ who co-wrote the song with professional musicians Clare McBrien and Donna Maciocia. The track was produced and mixed by Jonnie Common.

The Sistas said: “We wrote this song when we were all quite new to Glasgow and felt inspired by the body-confident women we saw throughout the city in the summer. We saw a lot of ladies wearing really short shorts with glitter on their bums and we were surprised because we were not used to seeing a lot of that. It was the glitter that caught our eyes.

“Glittery Bums is our ode to these women of Glasgow; their confidence, their beauty and the way they stand up for themselves.”

The accompanying music video features a heart-warming, celebratory and uplifting compilation of self-shot footage of The Sistas, the wider Ensemble community and friends dancing and having fun.

The debut album ‘No Place Like It’ is themed around home and community, and was recorded in Chem 19 Studios, in Blantyre, with the young people following in the footsteps of legendary Scottish musicians Calvin Harris, Franz Ferdinand and Deacon Blue who have also recorded in the same studio. 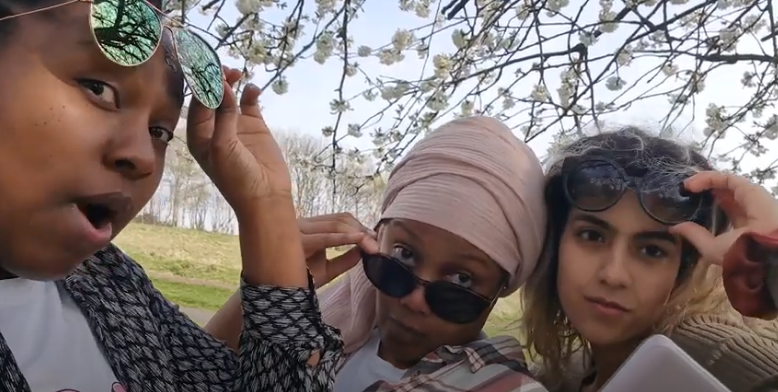 'The Sistas' in their new music video for 'Glittery Bums'

“The song is already one of our favourite ways to close a gig and we are excited to share it with more people as a single release.

“Ensemble shows us time and again how powerful music is in changing someone’s mood and their life. Great things happen when people come together to collaborate, get their voice heard and most importantly have fun.”

You can listen to the song here.