Month of engagement: Ensemble hits all of the right notes

As part of November's Month of Engagement, young people in Loretto Care homelessness services took part in a songshare concert. 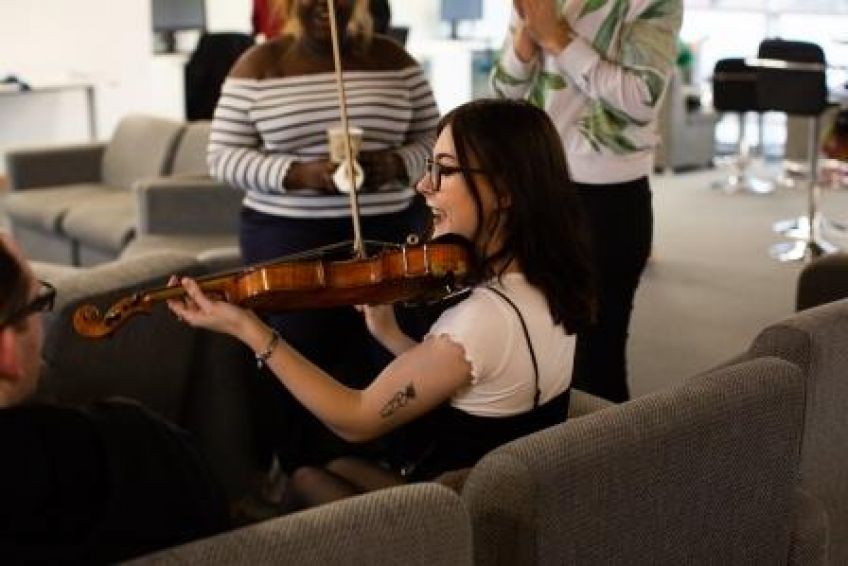 The youngsters shared the songs they had written with professional musicians during the five Ensemble songwriting workshops  in October.

More than 70 guests attended the concert at Loretto's headquarters in Lipton House in Glasgow city centre on 8 November.

One of performers said: "I’ve had so much confidence from coming here, I feel I can do anything now.

Another performer added: "I’ve learned a lot about myself from taking part."