Welcome back to the Ensemble Blog! I'm very excited about this blog, as it is the first feature I've written about a song recorded during lockdown. To me, listening to these songs made in lockdown is like listening to delicate birdsong. They sound rare and have a magic about them that serenades the soul.

As lockdown continues, music, and indeed the arts in general, have come to be of utmost importance as people seek comfort and warmth in them. They are also remnants of our previous existence, the good, the bad, the mundane, anything to remind us of a previously generic way of life and the stories and songs that dotted our existence. 'My Perfect Release' is one such story that resonates with the human experience. It is a story of triumph, and anyone who hears it cannot deny the power and strength woven into this song by its creator.

The creator of this lockdown birdsong is Sara, a talented young person at Ensemble. With the help of professional musicians Clare McBrien, Jamie Scott and Stacey Bell, Sara envisioned a song that would shake its listeners. 'My Perfect Release' is a testament to the power and endurance of the human spirit and its unerring ability to continue to rise out of the ashes like a phoenix. Like every other song, there is a story behind this one and a message for its audience. One of the joys of talking to Sara was digging a little deeper into the song and the writing process and the inspirational message her song imparts.

How did you arrive at that song title, My Perfect Release?

The song is about self-harm, which is something people might do to release emotions, anger, pain. I went through a phase when I wanted to self-harm and saw it as the only option to help deal with what I was feeling. However, I was lucky enough to find other ways of dealing with these emotions. One of the things that worked for me was burning old pictures and bits of paper to let go of some bad memories and emotions. This gave me great release and is so much safer than hurting yourself.

Can you tell us what the song is about and why you wanted to write it? What message would you like to tell people through the song?

The song's main message is that people don't need to self-harm when they feel overwhelmed; there are other things they can do to find release. The first song I wrote with Ensemble was about bullying, and I think that often being bullied and self-harming go hand in hand, especially in young people who are struggling. I know that a lot of people my age self-harm, and it's such a sensitive issue. One of my friends told me she self-harmed; however, she said it was too difficult to talk about it. I suggested she could write about it instead, to express what she was going through in a different way. She later said that it was really helpful. Once I finished the song, I shared it with my friend, and she commented that she got lots out of it.

How did your cat come to star in the song?

I had just got my cat when I started writing the song. He was just a kitten and was demanding attention all the time. He was purring and meowing a lot. We chatted about it with Clare and Jamie and decided to record the sounds he was making as he was part of the process of writing the song!

Did you have an initial idea of what the song would sound like at the start? Did that change through the journey while you were working with Clare and Jamie? If so, how, and what do you think of the final product?

I wanted the song to sound like a story being told, and I think we achieved that. I had some initial ideas, but a lot of it was a work in progress. Clare and Jamie were good at trying out different ideas with me. We even included the name of the video game I was playing at the time! That was not planned at all, but during one of the songwriting sessions, I was talking about the game, which helped me get some of my anger out in a safe way. I would play that game all the time to help manage feelings of anger. This is just an example of how random writing a song can be!

I got lots of positive comments about the song from other guys involved with Ensemble as well as my friends, but the main thing is that I like it myself.

What sort of music do you normally like to listen to and did any particular songs or artists inspire or influence you when writing your song?

I like different kinds of music, from rap to Katy Perry! There were a few songs with big noises and drums, which gave me inspiration for what 'My Perfect Release' could sound like. In the last couple of months, I've been listening to K-Pop, especially BTS, and that inspired the new song, which I am now writing with Clare and Jamie.

I love the imagery of fire used throughout the song. Why did you pick that image to deliver your message?

As I said, I used to burn old photos and bits of paper to release emotions, pain, anxiety. It was fire that gave me that safe release and made me feel better within myself without cutting my arms and hurting myself. I would do it safely in the sink so that I wouldn't set anything else on fire. I found it a better way of dealing with things, and I hope other young people who are in a bad place find something that works for them, too.

My Perfect Release is one of many new Ensemble songs written remotely throughout the pandemic. We hope to be able to let you hear it very soon, and I guarantee you that it's not one you want to miss. When you do listen to it, I hope you enjoy a cool new song and are inspired by it, and perhaps the next time you see fire, you will have a brand new image n your mind.

In the meantime, look out for our debut album No Place Like It out today, 30th April 2021. 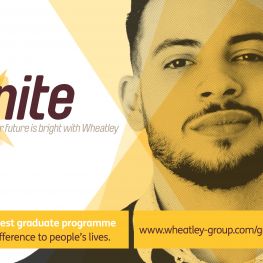